In this blog post I hope to share my experiences and some of what I’ve learned about producing, filming, and editing video. I’ll also share some of the video projects I’ve worked on lately and discuss how I’ve made them, the tools I’ve used, and my ideas for what’s next.

A recent photo trip to San Francisco involved almost equal amounts of still photography and video. And even after 5 days I was still wanting to go more places and spend more time shooting. Here is the result of 5 days of shooting and I think, because it was stretched out over several days, about 12 hours of processing and editing (yes, it’s only 3 minutes long and yes, I’m a slow editor) – Postcard from San Francisco.

The footage for this video was shot with a Canon 5D Mark II DSLR using both its native H.264 codec for some of the scenes as well as RAW video which is made available on most Canon DSLR cameras by using the Magic Lantern firmware extension/enhancement. If you’re familiar with Magic Lantern you’ve probably heard about the RAW feature. Although I had been using ML 2.3 for over a year for all the other tools it provides (video features in particular for me) and I had heard about the RAW capability, I didn’t know how to get it up and running. Finally I downloaded one of the “nightly builds” – which are beta releases (maybe even alpha releases) – but so far I’ve found the release I’m using to be fairly robust and I haven’t experienced any major issues with it. The lenses I used were the Tamron 28-75mm f2.8 and the Canon 70-200mm f4L. Because we flew I kept things as simple as possible and didn’t carry more than I thought I would need or use. But that didn’t keep me from bringing a Canon 60D as a backup and a Tokina 12-24mm f4. I think I used the Tokina once. Also, I brought along a monopod with a ball head and a very small, lightweight tripod which barely held the camera, much less kept it stead especially in those strong winds blowing off San Francisco bay. Fortunately stabilization in Final Cut Pro X does a pretty decent job of removing a lot of that motion.

In a later blog I’ll discuss the workflow I used to backup the files on the compact flash cards, process the RAW files, import them to be adjusted and graded, and then edit and mix with a background soundtrack.

I would love to hear your feedback and questions! Please leave a comment!

The title of this post is from my attempt to be honest with you – and myself – about what anyone can expect to get from taking the time to read my blog. I nearly named it “Nearly Useless Information”. Sometimes I do try to come up with good ideas or suggestions that might benefit some readers but generally when I feel an impulse to write a post the only thing I can think of is to write about what I’m doing – or trying to do.

So with that in mind, here’s what I’m doing – photographically, that is. I think now I fancy myself a videographer or cinematographer mostly because I’m intrigued by moving images and the combination of the visual with music and sound. I’m sure part of that intrigue is because it’s a medium that allows my interest and abilities in music to become involved.

So with that in mind, here are a couple of samples of what I’ve done in my efforts to teach myself more about putting together moving pictures and sound:

I call this film “Run” – reasons for that title will be immediately obvious. It’s mostly just a collection of my stock photo clips of runners running – and mainly an excuse to try out Scott Buckley’s excellent (Creative Commons license by the way) music score, “Crusader”. Check out his work at scottbuckley.com.au.

The most recent film is entitled “Glory”. I sort of see this as a personal template to be reworked later when I have acquired better nature footage that will better reflect the title and sentiments expressed in the video.

Favorite nature scenes and time lapse videos. Great music by Scott Buckley. Check him out at the link below.

My wife and I used to look around the internet to find our stock photos in use on a regular basis but eventually that became too time consuming although it was fun to see some of them being used. There was also the occasional find by one of our models – in one case on a large vertical banner in a hotel in Dallas for an annual company meeting of a large medical equipment manufacturing corporation – in another in a bank in Georgia – and one of my own finds of a print of my daughter in a electronics distributor catalog. All were great fun but one of the best was when my wife sent me a text one morning to say that we were on Doctor’s TV, one of her favorite shows. For a brief few seconds one of the pictures of us as our own models staging a mock husband-wife argument flashed onscreen in a video about stubbornness. Right after the scene with the donkey shaking it’s head and when they add the text “stubbornness” – that’s us!

Check out the video here!

Scenes of seasonal change in nature. Filmed in and around Waxahachie, Texas using a Canon 60D and edited in iMovie 11.

Music from Vimeo Music Store: “Into The Mist” by Lee Rosevere (members.shaw.ca/happypuppyrecords/index.html)

If you use a later model Canon DSLR for still photography or for video this is a firmware upgrade (non-Canon of course) that you might want to give to serious thought to trying.

[Edit: I thought I should also repeat below a warning that appears in the Magic Lantern installation documentation.]

Before installing Magic Lantern, you need to:

I’m planning a more thorough review for this blog later but I wanted to get the word out now. The above images show the additional menus on my 60D thanks to the Magic Lantern 2.3 firmware. You can find out more about Magic Lantern on their website http://www.magiclantern.fm/.

In the limited time I’ve been able to use it so far I’ve been VERY pleased with the added functionality. In particular I’ve effectively used the “focus peaking” feature in movie mode (flashing color spots on the LCD view to show what will be in focus in the movie), headphone output monitoring via the AV out cable adapted to a female 3.5mm jack, and today the very easy to implement intervalometer which I used to create a 12 second timelapse.

Oh, and did I mention it’s FREE!? Really. Free. But beware – you MUST follow instructions carefully or you could really mess up your camera – or maybe think you have, like I did at one time until I realized the proper method of installing the firmware on my SD cards. Other than that slight issue it’s been absolutely trouble free.

I can’t answer all your questions about this product – I’m still learning it myself. But if you want more detail about my experiences with it (before I elaborate here in this blog) please send me an email or add a comment to this article. I would also love to have you follow this blog so that you can hear about updates and new posts too.

The backstory to this short film is a bit involved but the making of it was truly a labor of love. The members of the Little Cypress-Mauriceville High School Band from Orange, Texas (which includes me as a member) during the tenure of band director Richard Keyton (1968-1976) gather annually to reunite, share stories, and celebrate the impact that he has had on their lives.

This version is in 1080p HD and was filmed using a Canon 60D with Magic Lantern ver. 2.2 firmware loaded. Edited in iMovie 11.

Music is “Nimrod” from the Enigma Variations by Edward Elgar, performed by the amazing Davis High School Symphony Orchestra, Davis, California in a recording at their 2008 Winter Concert. This music is available through a Creative Commons Public Domain License at http://musopen.org.

The link is to an audio-only video file of the event. Approx. 2 hours in length.

“Flow” is an experimental short film derived from a collection of early test video clips when I was trying out my new Canon 60D camera. The recording was made at 24fps, 1/50th sec., various apertures and ISO settings and edited with iMovie 08.
Background music: |||| //\\ |||| (Yes, that’s the title of the piece) and || //\\ || by Discount Fireworks Band from the Vimeo Music Store.
Both tracks are licensed under a Attribution-Noncommercial-Share Alike 3.0 United States license and requires attribution.
“IIII //\\ IIII” by Discount Fireworks discountfireworksband.co.uk
“II //\\ II” by Discount Fireworks discountfireworksband.co.uk

New Motion/Video/Film page added to my website:  see it here.

m42 Screw Mount Lens to Canon EOS Camera Adapter
with Dandelion AF Focus Confirmation Chip
And in this case, the adapter is mounting a Mamiya 55mm f1.4 lens to my Canon 60D camera. No pretense here that the Mamiya lens is a miracle of lens design but for some reason I love using it. It’s a bit soft but with the right subject and situation, especially when that extremely narrow depth-of-field is wanted, it’s the right lens. The thing that sets this adapter apart from most of the other m42-EOS adapters is the built-in electronic chip that allows Canon DSLR bodies to provide the photographer with an indication that the subject is in focus. Previously I had to either hope that the relatively in-focus image I saw in the viewfinder was actually in focus or use the LCD screen magnified to 10X to check focus, which is a really clumsy and very slow method of focusing manually. Now correct focus is confirmed with the green indicator LED in the viewfinder or with the addition of a “beep” sound if you choose to enable that feature (which I did to see if it would work and for the benefit of my daughter who was trying out my camera).
In future articles I’ll post some photos taken with the assortment of m42 manual focus lenses I have. Most of them were purchased (on eBay) because they were very cheap (and one was given to me compliments of a fellow member on www.fredmiranda.com) but they all have their own character. Several are near 50mm focal length but then there’s the Mir 1B 37mm f2.8 and the Pentax Takumar 135mm f3.5.
The m42/EOS Fotodiox Black (Type 2) Lens Mount Adapter with Dandelion AF Focus Confirmation Chip, M42 Lens (42mm x1 Thread Screw Mount) Lens to Canon EOS cameras can be purchased from Amazon for $14.95. There’s also another model with a chrome finish and that claims to be programmable for a bit more at $21.95. However, the instructions that came with my adapter also includes a procedure for programming the maximum aperture of the lens.
So far in using the lens I have opted for the first choice (their recommended no-programming-required option) which seems to work just fine. The steps to use the adapter as outlined by the instructions are as follows: a. Set Camera in either AV or Manual mode; b. Set Camera to max aperture value (do not change aperture value on camera body – presumably they mean don’t change it after you have set it to the max value); c. Compose and focus; d. Set the aperture value on lens; e. In AV mode, the shutter speed will be set automatically. In Manual mode, set the shutter speed accordingly; f. Take picture.

If you have some legacy manual focus m42 mount lenses and if you decide to get one of these I would love to hear about your experiences here. And if you have questions about the adapter I’ll do my best to answer it! Leave comments and questions below. Looking forward to hearing from you!

Prints On Canvas at ZaZa Gallery 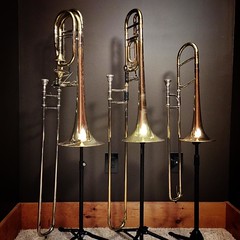